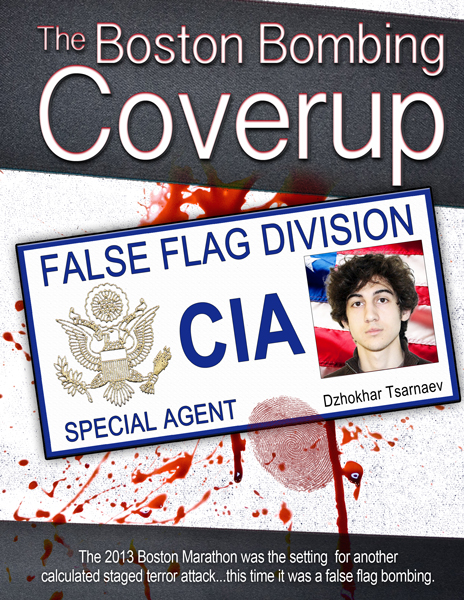 The 2013 Boston Marathon was the setting for another calculated staged terror attack, this time a false flag bombing. Although the US Government through its lapdog mainstream media tried to cover its tracks, we know that a drill was being run at the same time in the same place. Pictures of several operatives (who belonged to a private military agency) were captured at the scene of the crime. Is it mere coincidence that the uncle of the 2 accused patsies was related by marriage to the CIA figure who advocated using the networks which were later named “Al Qaeda” across Central Asia? 63-pages. $14.99 (Order# 9076)
34-pages
$14.99
$14.99
Quantity:
ADD TO CART