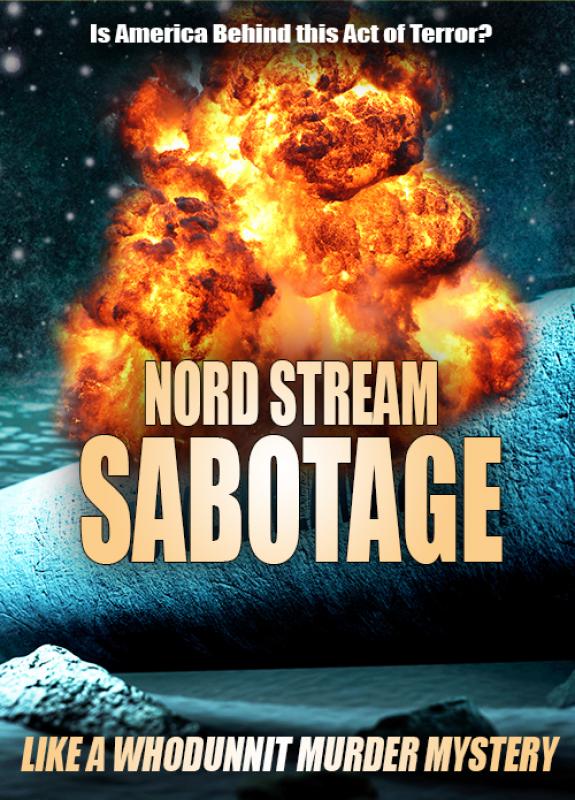 In September 2022, both Nord Stream gas pipelines carrying natural gas from Russia to Germany were attacked with massive explosions that must have taken hundreds of kilograms of TNT. The sabotage will cost potentially billions of dollars to Russia and Germany who jointly own the infrastructure, and remove the one remaining incentive for Germany (the industrial leader of Europe) to drop the sanctions and make up with Russia. It will potentially plunge millions of Europeans into freezing cold. Who committed this terroristic destruction which amounts to an act of war? Predictably, Russia was blamed despite having no plausible motive to blow up its own pipeline. Did you know Victoria Nuland and President Joe Biden both stated earlier in the year that the US had ways of stopping Nord Stream II ...?
64-min. DVD
$20.00
$0.00
Quantity:
ADD TO CART