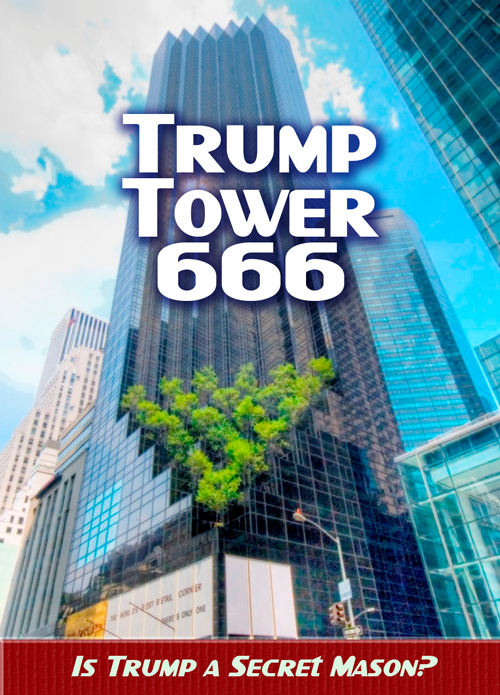 Is Donald Trump a Freemason? Why does Trump Tower, located at 666 Fifth Avenue, have 666 built into its architecture? In addition to occult numerology, Trump Tower contains other intriguing symbology such as the inverted triangle, representing the vagina (or feminine). It also exhibits the phallus (or masculine) in the form of 7 towers that rise like the 7 pillars of Baal (an ancient god of sacrifice). Trump's Penthouse Suite, on the 66th floor, features classic masonic architectural elements like the twin pillars, replicating the interior of a Grand Lodge. Is this all a coincidence? From a Christian religious perspective. 38-min. DVD $17.00 (Order# 4110)
38-min.
$17.00
$17.00
Quantity:
ADD TO CART