#3670
The Dulles Brothers and Their Secret World War - DVD 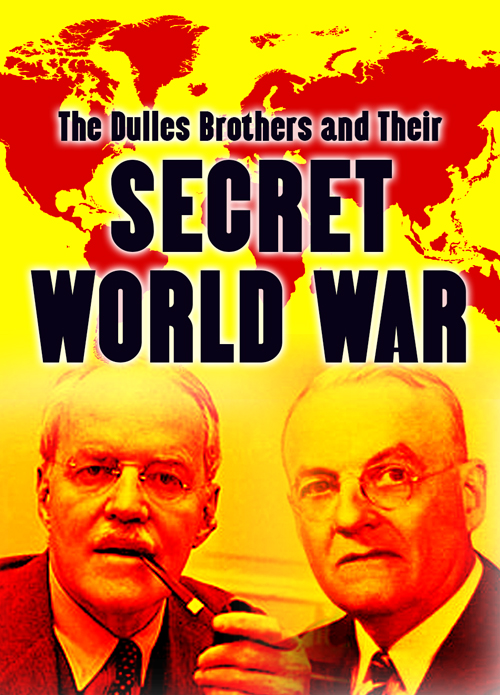 The Dulles Brothers – John Foster Dulles and Allen Dulles – were part of the elite NWO cabal for many decades (e.g. part of the law firm Sullivan and Cromwell) before they came to overt power in 1953 in the Eisenhower Administration. John became Secretary of State and Allen became CIA Director. They actively used the power of the US Government to intimidate, invade and overthrow smaller nations (including coups in Guatemala and Iran), turning the US into an imperial tyrant. Their constant war during the 1950s caused massive blowback from which Americans today are still suffering. Learn the shocking truth about the Dulles brothers.
57-min.
$12.95
$12.95
Quantity:
ADD TO CART