#3642
Will the World Allow the Building of Autonomous Killer Robots? - DVD 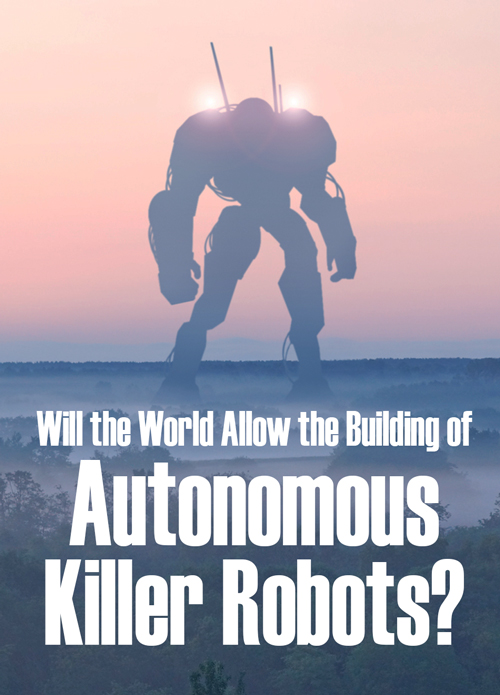 Lethal Autonomous Weapon Systems – or in plain English, killer robots – have become an unfortunate reality in today's technological age. Given the penchant for power shown by our misleaders, a Campaign to Stop Killer Robots has been launched which has garnered the support of Elon Musk, Bill Gates and others. In fact, thousands of AI experts are calling for a full ban, since these weapons can select and kill human targets. Even with a person overlooking/controlling them, drones have still been killing the wrong "target" a staggering 90% of the time. This has to stop now before the human race destroys itself.
55-min.
$16.00
$16.00
Quantity:
ADD TO CART