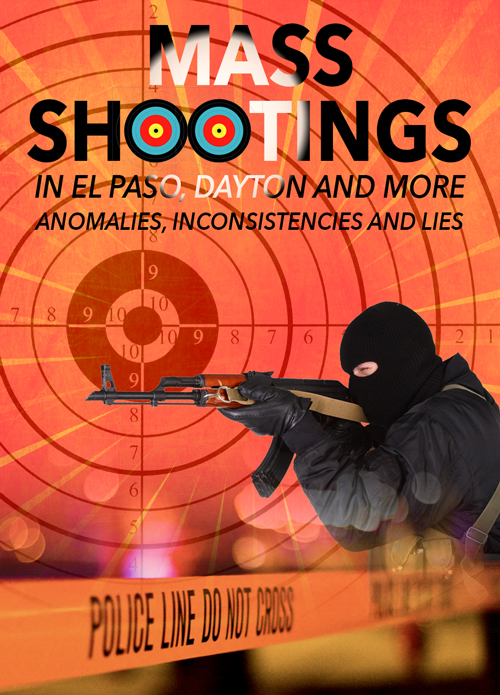 Things are never as they seem with mass shootings in America. The official narrative always seems to have many anomalies and inconsistencies. In the mass shooting at a Walmart in El Paso, Texas, the official story blames it on a "white supremacist" yet there is eyewitness testimony of 3-4 shooters dressed in black military gear. The Dayton, Ohio mass shooting has similar anomalies. At the Gilroy Garlic Festival in California, why were police and FBI agents already present when shooting started? In the Philadelphia shooting, why were police spraying fake blood on the ground and themselves?
33-min.
$9.50
$9.50
Quantity:
ADD TO CART