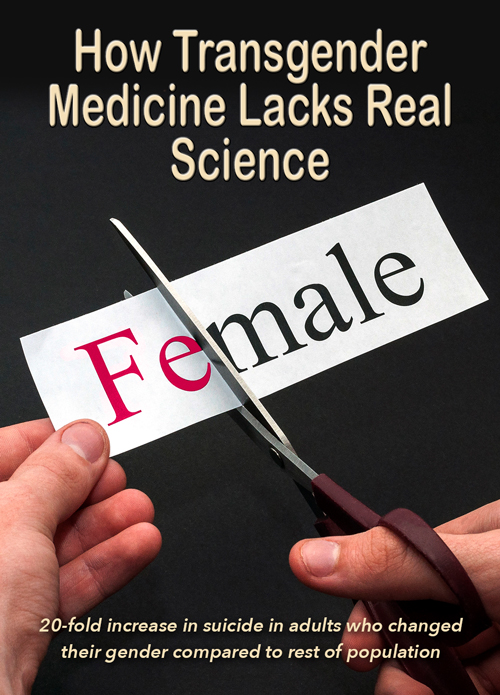 Did you know that one study found that 80-98% of children with GID (Gender Identity Disorder) revert to the identity of their natal sex if they are allowed to go through puberty with counseling? Another study found a 20-fold increase in suicide in adults who changed their gender compared to rest of population. Are we rushing in to operate too soon on children and adolescents, only to later see devastating results? A former Johns Hopkins physician where "transgender medicine" was developed describes the lies, bad medicine, fraud and lack of real science behind it.
41-min.
$8.99
$8.99
Quantity:
ADD TO CART