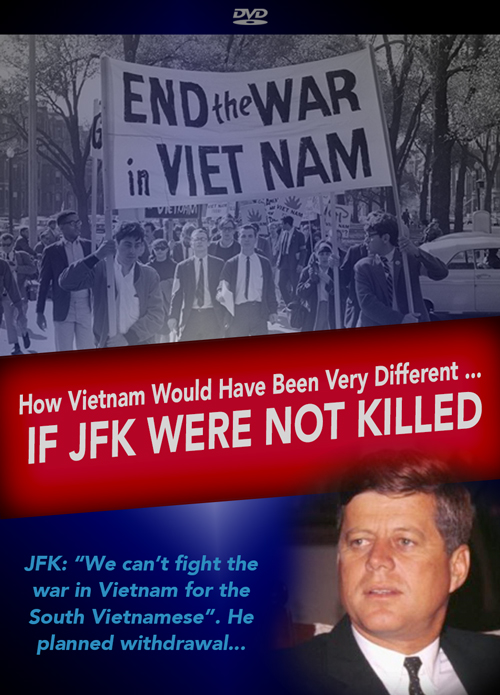 While John Kennedy and Lyndon Johnson served as president and vice-president in the same administration, their attitudes on Vietnam could not have been more opposite. When JFK was killed, there were only 15,000 advisors in Vietnam and no US troops; however LBJ officially started the Vietnam War after the Gulf of Tonkin false flag incident. By many accounts, JFK listened to rather than bullied his advisors. He was, essentially, a pacifist president. Learn how Vietnam, Cuba, US foreign policy and the Cold War would have changed had JFK not been assassinated.
103-min.
$16.00
$16.00
Quantity:
ADD TO CART