#3226
The Phoenix Program: Blueprint for CIA Covert Warfare Against the American Public - DVD 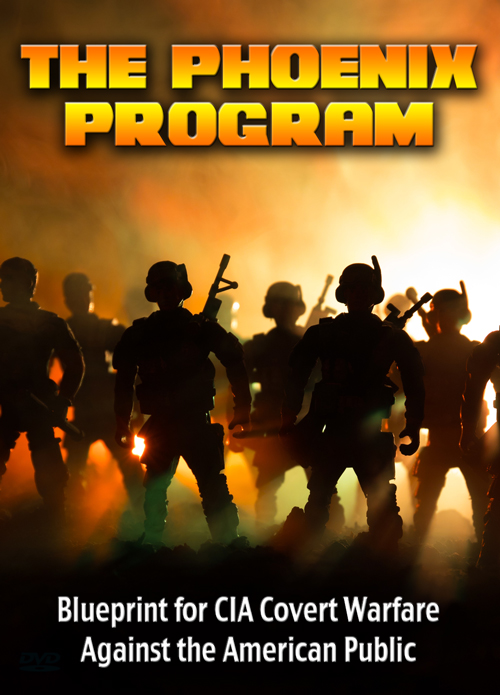 The Phoenix Program, created by CIA in 1967, had the horrific mission of kidnapping, torturing and assassinating the civilian infrastructure that supported the Viet Cong (VC) insurgency. It targeted tax collectors, local military and suspected sympathizers of the communist VC, however faulty intelligence often led to the murder of innocent civilians. Hear about the black operations that were conducted against the people of Vietnam. The Phoenix Program is the blueprint for the covert warfare the US Government uses today, including upon its own people.
71-min.
$10.99
$10.99
Quantity:
ADD TO CART