#3145
Busting the Official Story of the RFK Assassination - Audio DVD 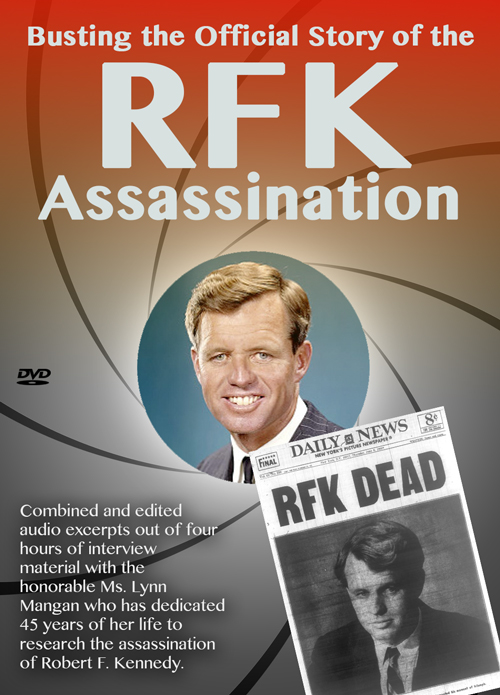 Researcher Lynn Mangan dedicated 45 years of her life to research the assassination of Robert F. Kennedy. Here she busts the official story which, as usual, is full of holes. Why was Sirhan's gun number not ever written into the official record? How could Sirhan have shot RFK when Sirhan was in front, and the autopsy shows RFK was killed from a shot behind at very close range? Are we supposed to believe that it's just a coincidence that the courier who had the only negatives/film of the event had his tire slashed and briefcase stolen (thus losing the photo evidence) during delivery?
50-min.
$10.99
$10.99
Quantity:
ADD TO CART