#3143
Wetware: The NWO Thinks of You as a Human Software Node on Their Control Grid - DVD 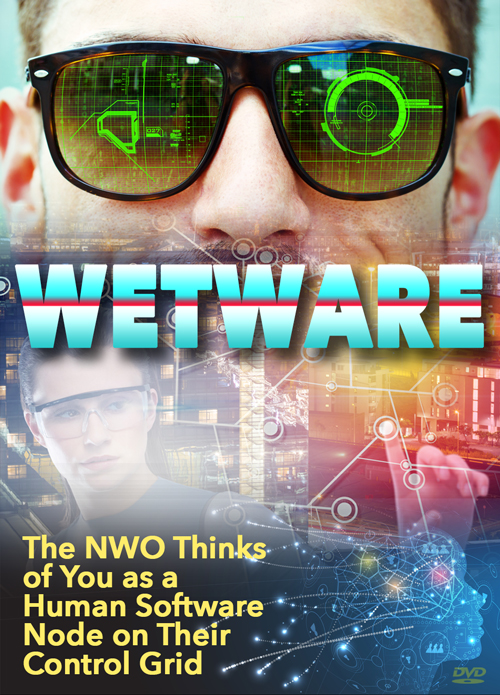 The term wetware may seem innocuous, though it's anything but. It comes from a massive patent filed in 2005 which plans to turn you into "wetware", i.e. computer software which is "wet" (like the human brain) as opposed to normal computer ware which is dry. The Agenda is to make you into nothing more than a programmable node on the 5G Internet of Things. Find out more about this secret patent which sets the stage for human microchipping, transhumanism and a total control grid. This interview with an ex-NSA agent uncovers many aspects of the worldwide conspiracy. Are you okay being treated as wetware?
110-min.
$10.99
$10.99
Quantity:
ADD TO CART