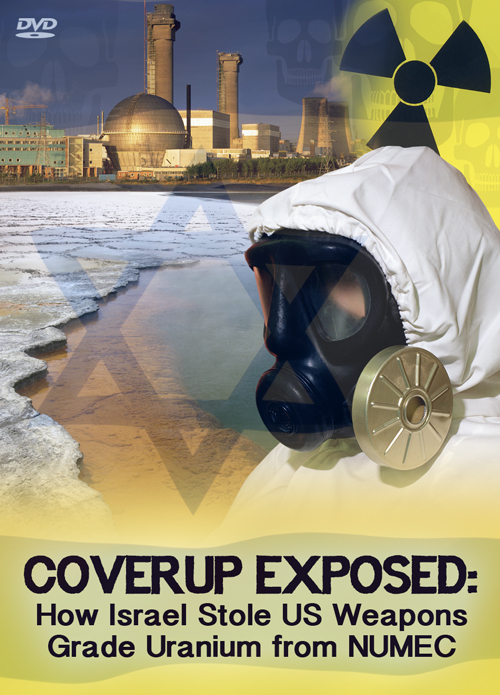 NUMEC (Nuclear Materials and Equipment Corporation) was a Zionist company that was formed in 1957. Like other Zionist organizations, it managed to evade having to declare itself under the Foreign Agents Registration Act. It owned the Apollo uranium plant which was enriching uranium. Ivan Novick invested in NUMEC and later headed the Zionist Organization of America. See evidence of a massive coverup, including the plant's losses of bomb-grade nuclear material, the FBI's investigation of NUMEC as a front for Israel's nuclear weapons program and the clandestine interactions of NUMEC executives with Israeli intelligence.
101-min.
$8.99
$8.99
Quantity:
ADD TO CART