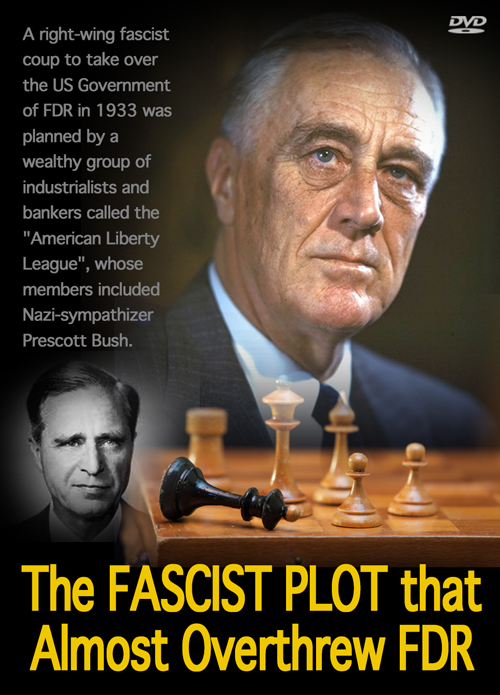 Did you think that coups to overtake the government only happen in foreign lands? Think again! A right-wing fascist coup to take over the US Government of FDR in 1933 was planned by a wealthy group of industrialists and bankers called the "American Liberty League", whose members included Nazi-sympathizer Prescott Bush (George W. Bush's grandfather). They approached Marine Corps Major General Smedley Butler to lead a disgruntled group of veterans to carry out the coup, but he refused and blew the whistle on it. Find out more about this sinister plot.
40-min.
$9.99
$9.99
Quantity:
ADD TO CART