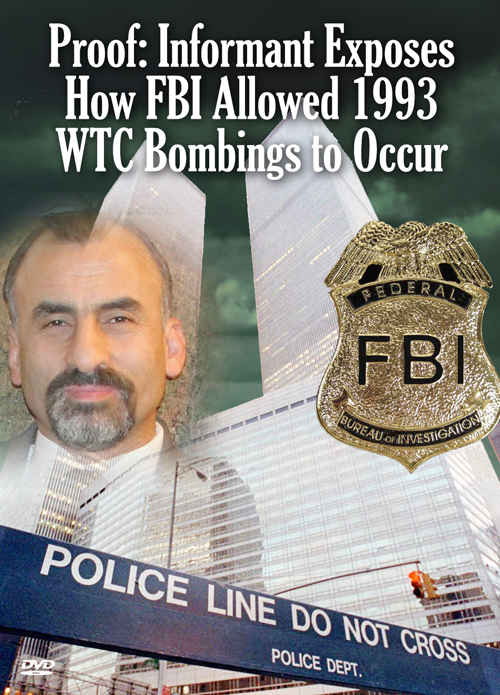 The FBI has showed itself, over and over, to be an agency that manufactures the very terrorism against which it claims to be protecting the American public. This compilation features proof the FBI planned the WTC bombings in 1993. The FBI had an informant – Egyptian army officer Emad Salem who taped his calls with FBI agents. Salem told the FBI of the bomb plot as early as February 6, 1992, but the FBI decided not to substitute harmless powder into the bomb. Learn why the mastermind of this bombing is the US Government itself.
86-min.
$16.00
$16.00
Quantity:
ADD TO CART