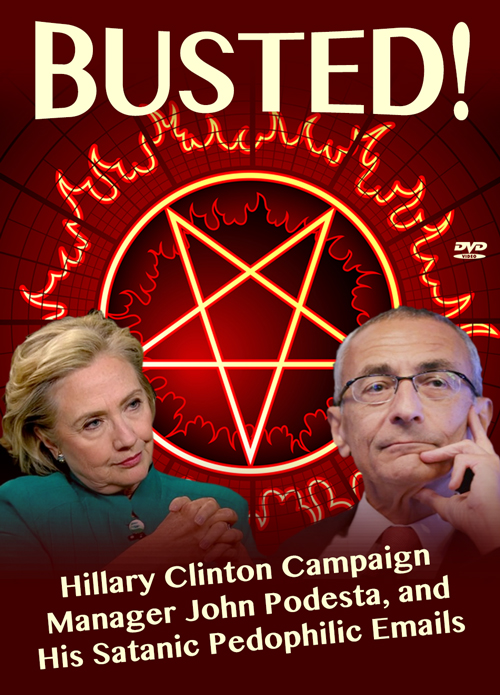 Hillary Clinton Campaign Manager John Podesta has been busted! There has been much circumstantial evidence of the Clintons' involvement with pedophilia and Satanism, but here's the proof in black and white. See various emails referring to children being provided for entertainment purposes at Clinton campaign gatherings, as well as a reference to "sacrificing a chicken to Molech" (the Satanic god of Bohemian Grove). Does chicken mean child? Are the numerous and unnatural occurrences of the words "pizza", "pasta", "walnut sauce" and related terms a type of pedophilia code? Decide for yourself.
107-min.
$19.00
$19.00
Quantity:
ADD TO CART