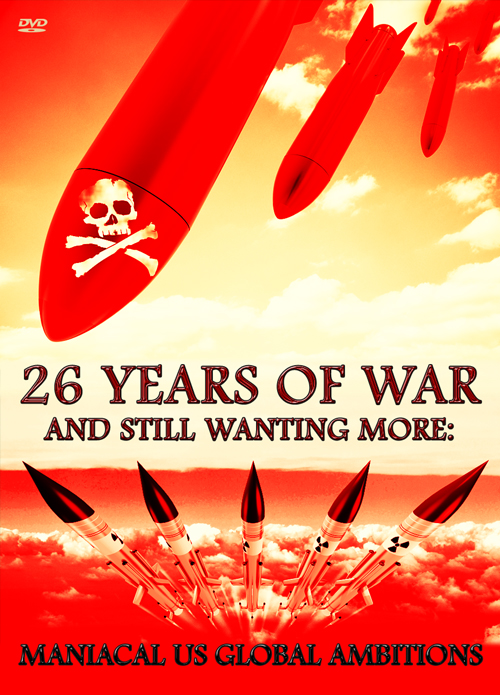 On December 26, 1991, the once-mighty Soviet Union dissolved, leaving the USA as the sole military superpower on Earth. Instead of this leading to peace, it led to more war. The US took the imbalance as an invitation to aggressively and illegally flex its muscle worldwide, by adopting the doctrine of pre-emptive (first strike) war. It either subverted foreign governments with "regime change" (Ukraine) or invaded them outright (Iraq, Afghanistan, Libya, Somalia, Syria). The US military is a glutton with no apparent ability to be satiated. Learn the truth which busts the propaganda.
76-min.
$9.99
$9.99
Quantity:
ADD TO CART