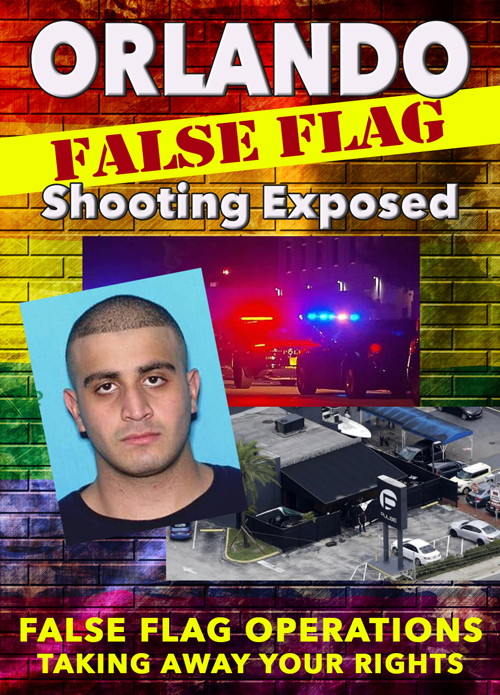 The alleged mass shooting at a gay club in Orlando, Florida, on June 12th 2016, has all the signs of yet another staged event – in other words, a false flag operation. Why is the MSM using green screen backgrounds with its "witnesses"? Why are so many "witnesses" also actors or crisis actors, including the patsy Mateen himself? Why were no ambulances seen outside the club? Why did genuine eyewitnesses state there must have been multiple gunmen? Why was a policeman laughing at the Press Conference of the event? Why were the media allowed to tour the alleged shooter's apartment (and touch things) just 24 hours after the event? To say this smells fishy is a gross understatement.
120-min.
$11.00
$11.00
Quantity:
ADD TO CART