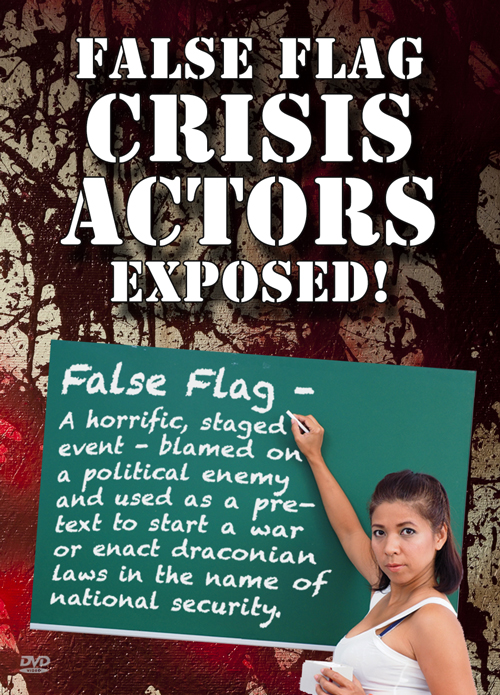 False flag operations recently have become false flag hoaxes – mass shooting or bombing events where the authorities use fake victims, fake witnesses and fake participants (crisis actors). Don't believe the Government can stoop so low in its lies and deception? Then watch this! See for yourself the plethora of evidence showing the deployment of crisis actors to fool the public. See the woman who just happened to be at Sandy Hook, the Watertown shooting and the Boston Marathon bombing. See the boy who got killed twice – once at Sandy Hook and once in a Pakistan Taliban attack! See the Sandy Hook Elementary School principal, who we were told was killed, who also happened to be magically alive at the Boston Marathon bombing.
148-min.
$10.99
$10.99
Quantity:
ADD TO CART