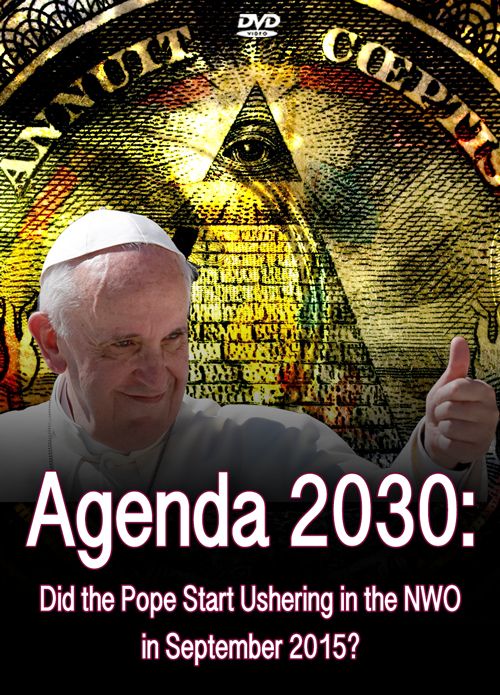 September 2015 has come and gone – but not without consequence. The Pope was busy joining forces with the US and UN to "end poverty" and "save the environment", nice-sounding, noble aims which neatly cover up the plan for a One World Government with a One World Religion – in other words, the New World Order (NWO). The plan of Agenda 2030 is now in place, and like the Rockefeller plan of America 2050, it calls for the centralization of power in the hands of a worldwide socialist cabal. Learn the real significance of these events and more.
212-min.
$20.00
$20.00
Quantity:
ADD TO CART