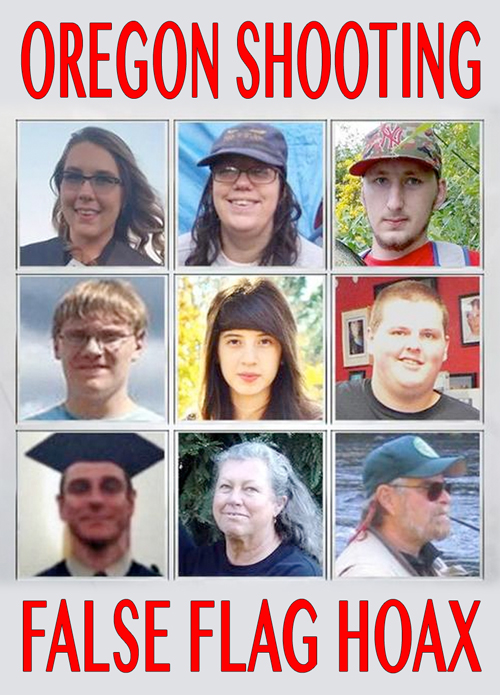 False flag hoax shootings are the new flavor of the recent years. So many of the shootings from Sandy Hook onwards are utterly faked, with many of them not even including real victims. See evidence that the Oregon Umpqua Community College had a prior drill for the exact type of scenario that occurred; witnesses who claim they didn't hear the 30 rounds fired; and no pictures of the alleged victims. Apparently the shooter Chris Mercer asked "Who is a Christian?", before shooting anyone who answered yes, but he was killed (dead men tell no tales). Is this yet another push for gun control and to make certain segments of the population (this time Christians) feel afraid?
97-min.
$9.99
$9.99
Quantity:
ADD TO CART