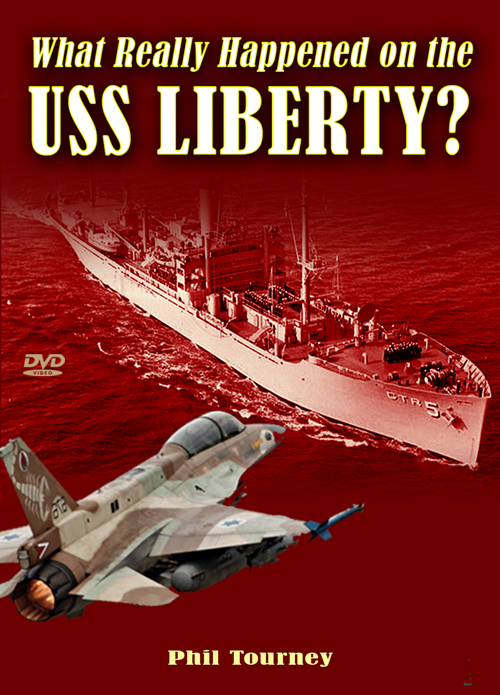 The USS Liberty, attacked in 1967 by Israeli jets that had covered up their Star of David markings, is an atrocious incident which confirms for just how long Zionism has dominated the US. 34 Americans were killed and 172 wounded in the napalm attack from a supposed ally. The coverup was a joint conspiracy which went all the way to the very top brass. As survivor ?Phil Tourney told his sons who entered the US military, "If you enlist, there's only one place you're fighting for and dying for: Israel." Learn the truth about what happened on that fateful day.
37-min.
$8.99
$8.99
Quantity:
ADD TO CART