#2220
Indiscriminate Killing by US Drones - DVD 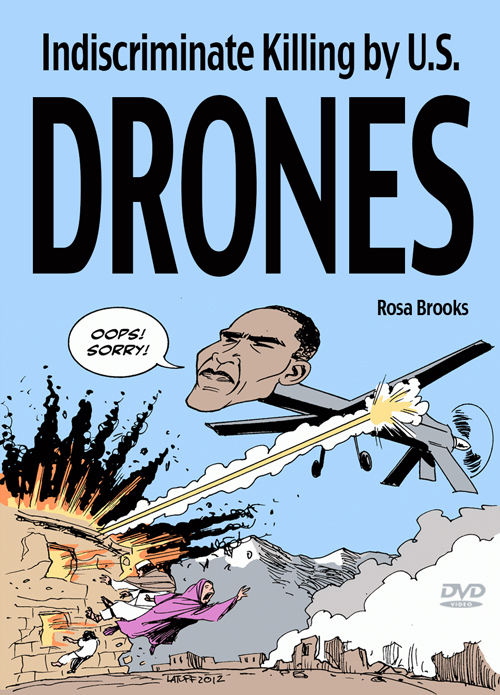 The propaganda sold to us by the US Government is that drones allow the military to perform targeted killings. Yet there have been thousands of civilians killed by UAV (Unmanned Aerial Vehicles) thanks to Droner-in-Chief Obama. In fact, US drones are so out of control that the Government doesn't know how many people it has killed, or whether the people killed were militants or civilians. Rosa Brooks takes a hard look at a horrific situation where military officers remotely kill people thousands of miles away like they're playing a murderous video game.
44-min.
$15.00
$15.00
Quantity:
ADD TO CART