#2031
The Ultimate Goal of the Council on Foreign Relations - DVD 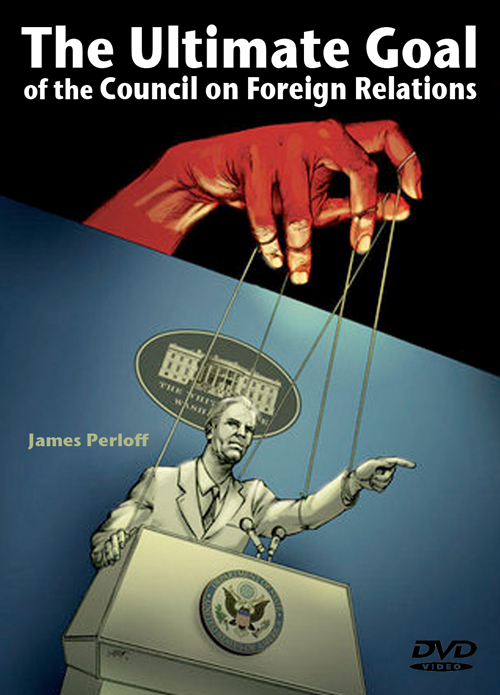 The CFR (Council on Foreign Relations) has been around for a long time as a shadowy think-tank ruling from behind the scenes. It began in 1921 as a front organization for J.P. Morgan and Company and by World War II it had acquired unrivaled influence on American foreign policy. In this presentation James Perloff traces the CFR's activity from the Wilson to Bush administrations, highlighting how the US had foreknowledge of Pearl Harbor, and how free trade agreements like NAFTA, GATT and FTAA are really stepping stones to the New World Order – the CFR's end goal.
102-min.
$15.00
$15.00
Quantity:
ADD TO CART