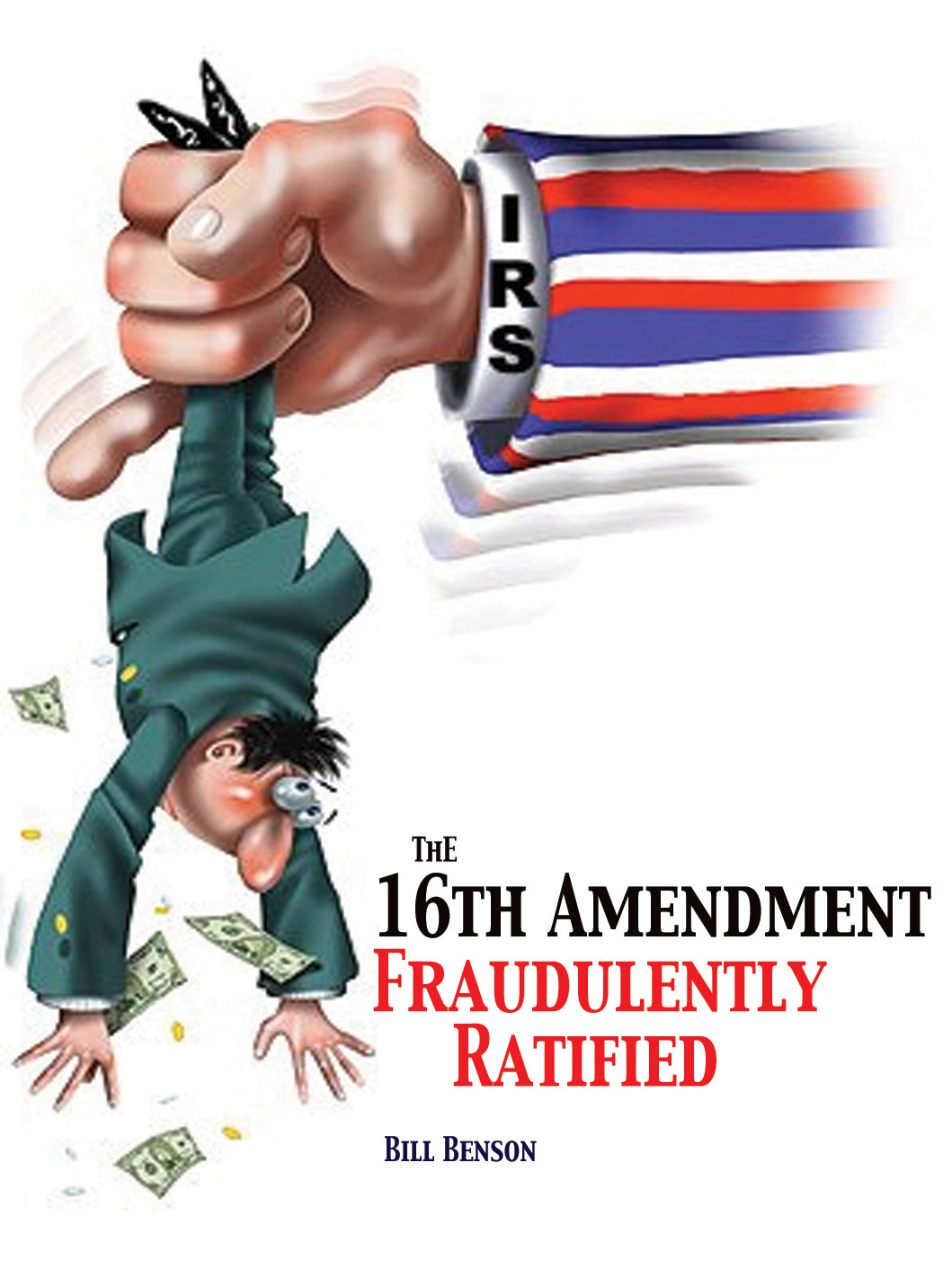 Bill Benson collected thousands of certified legal documents from both state and federal archives documenting exactly how the 16th Amendment was acted on by each state legislature and handled by the office of the Secretary of State for the United States. In the end, Benson had assembled an irrefutable mountain of evidence showing that during the final days of the William Howard Taft administration in 1913, the 16th Amendment was fraudulently declared by the U.S. Secretary of State, Philander Knox, to have been properly ratified. This puts the income tax amendment in jeorpardy. Because of Bill’s plight the government slapped an injunction against him making it illegal to promote this truth.
115-min.
$16.00
$16.00
Quantity:
ADD TO CART