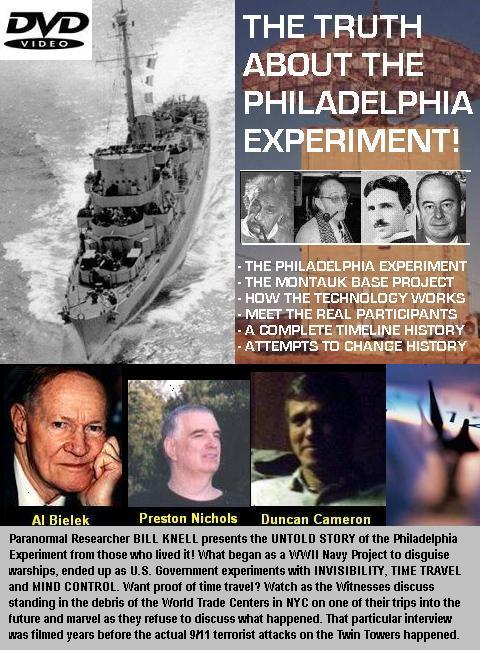 Paranormal Researcher Bill Knell presents the untold story of the Philadelphia Experiment from those who lived it! What began as a WWII Navy Project to disguise warships, ended up as U.S. Government experiments with invisibility, time travel and mind control. Want proof of time travel? Watch as the witnesses discuss standing in the debris of the World Trade Centers in NYC on one of their trips into the future and marvel as they refuse to discuss what happened. That particular interview was filmed years before the actual 9/11 terrorist attacks on the World Trade Center happened.
300-min.
$12.00
$12.00
Quantity:
ADD TO CART