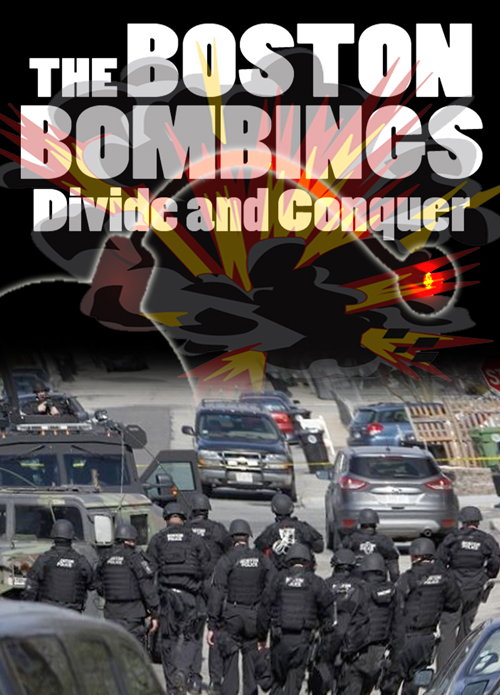 The intent of false flag events like the Boston Bombings is not just gun control, the implementation of martial law, the demonization of Islam and the justification for military police. It's to divide and conquer us on a deep level. The proof is right in front of our eyes: fake blood, improperly tied tourniquets and that an amputee was hired to act like he'd been bombed. The Americans who cheered for martial law and the hunting of a patsy embodied the essence of gullibility. America was founded by dangerous men. The moment America ceases to have dangerous men and aware citizens, America will cease to exist.
65-min.
$15.00
$15.00
Quantity:
ADD TO CART