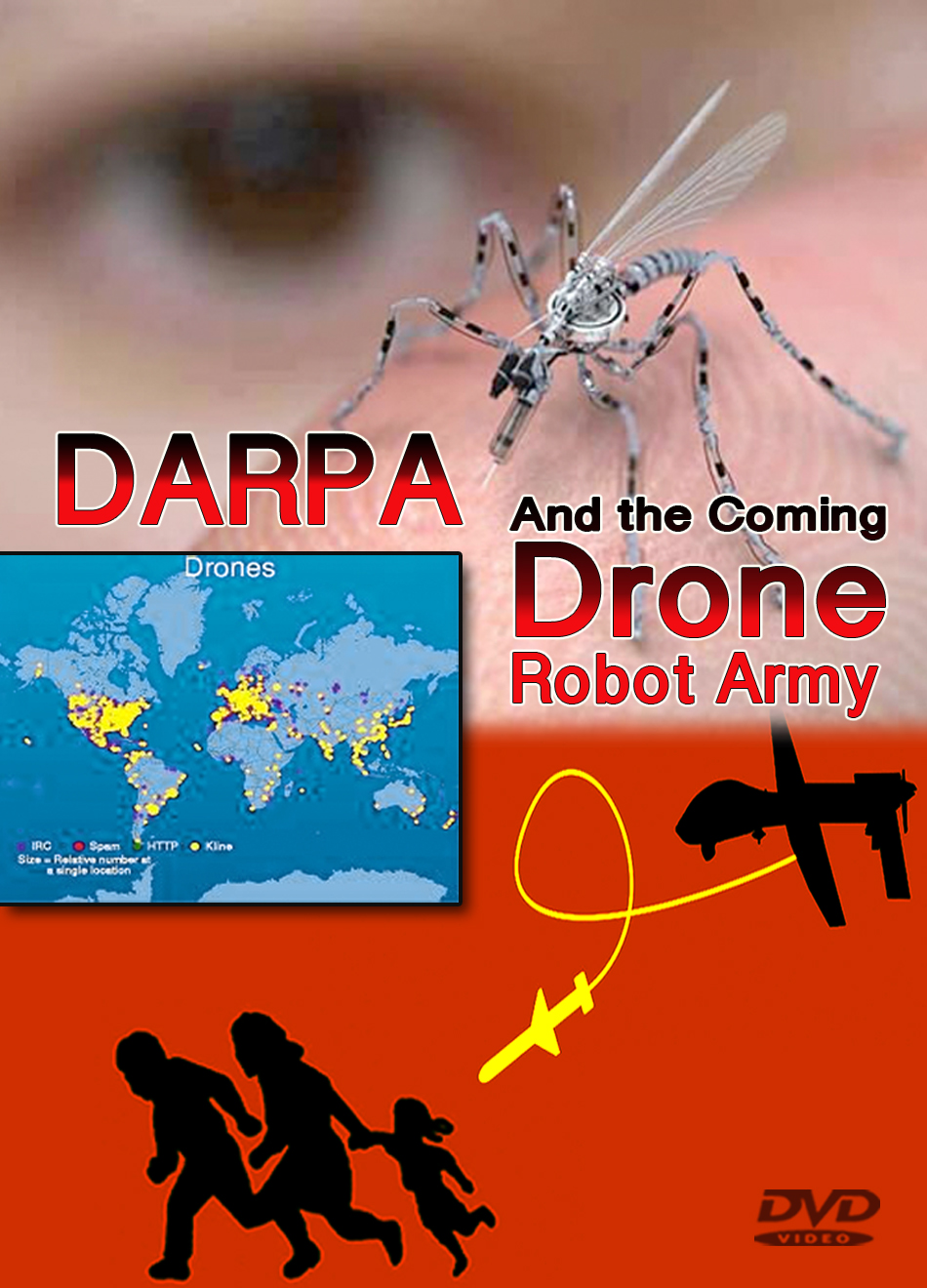 DARPA (Defense Advanced Research Projects Agency) carries out some of the Pentagon’s secret technological research. It is now focusing on developing drones to make a killer robot army. See DARPA’s hummingbird drones, cheetah robots which can outrun humans, as well as mosquito drones which can collect DNA and blood (without you even knowing it). There is also the new ARGUS surveillance drone that spots people from 20,000 feet. Educate yourself about DARPA’s drones so you know what to expect, since all of this could easily be deployed against dissident Americans who refuse Government propaganda.
43-min.
$14.00
$14.00
Quantity:
ADD TO CART