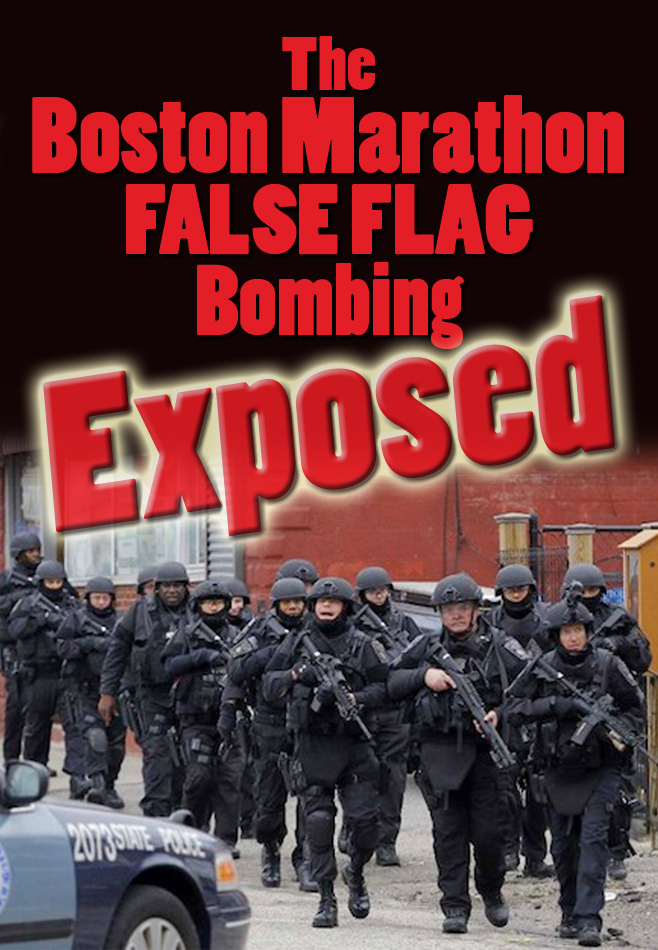 The Boston Marathon false flag bombing event has been exposed for what it truly is: another staged terror event carried out by the US Government against its own citizens, following on from the Aurora “Batman” and Sandy Hook false flag shootings. See proof of foreknowledge, predictive programming, bomb spotters and bomb-sniffing dogs in place before the event and photos of private military agents (from Craft, a company like Blackwater) engaged at the scene. One of these agents was caught wearing the exact same type of backpack which later detonated. Is this event a rehearsal to see how easily Americans will accept nation-wide martial law?
96-min.
$12.00
$12.00
Quantity:
ADD TO CART